According to the steps listed above, we first need to make BIOS to load MBR

So let’s take a look of what is MBR and its purpose.

Since MBR can only be maximum 512 bytes, we cannot contain all the boot code into the MBR. Because of this size limitation, MBR loads another block of boot code which is a second stage of bootloader.

All BIOS knows is, MBR is the first sector of the hard disk and it’s two end bytes are 0x55aa. Therefore, we can satisfy the requirements by following code.

dw : define word (16 bites). Because we are using 16 bits addressing yet (I will talk about this soon)

line 3 : We are defining a word 0xaa55 not 0x55aa because Intel CPU uses little-endian, and we are developing on the i386 architecture

Explain about the code:
Show less

Now let’s try to copmile the code to see if BIOS really can load the first sector.

I used NASM (Netwide Assembler), so we need to compile the code to binary code first.

The command line below will compile the code into binary.

-f bin : compile the code into the “format” “binary”

As I mentioned in the previous post, I’m going to use QEMU emulator for testing the bootloader.

Here is the way to install QEMU.

Below is the command line for executing the code on the emulator.

qemu-system-i386 : QEMU supports several environment, and we developing on i386 environment

-L . : Calling BIOS file on directory “.” (which is the current dir in Ubuntu)

When you run the code, you should see a screen something like this : 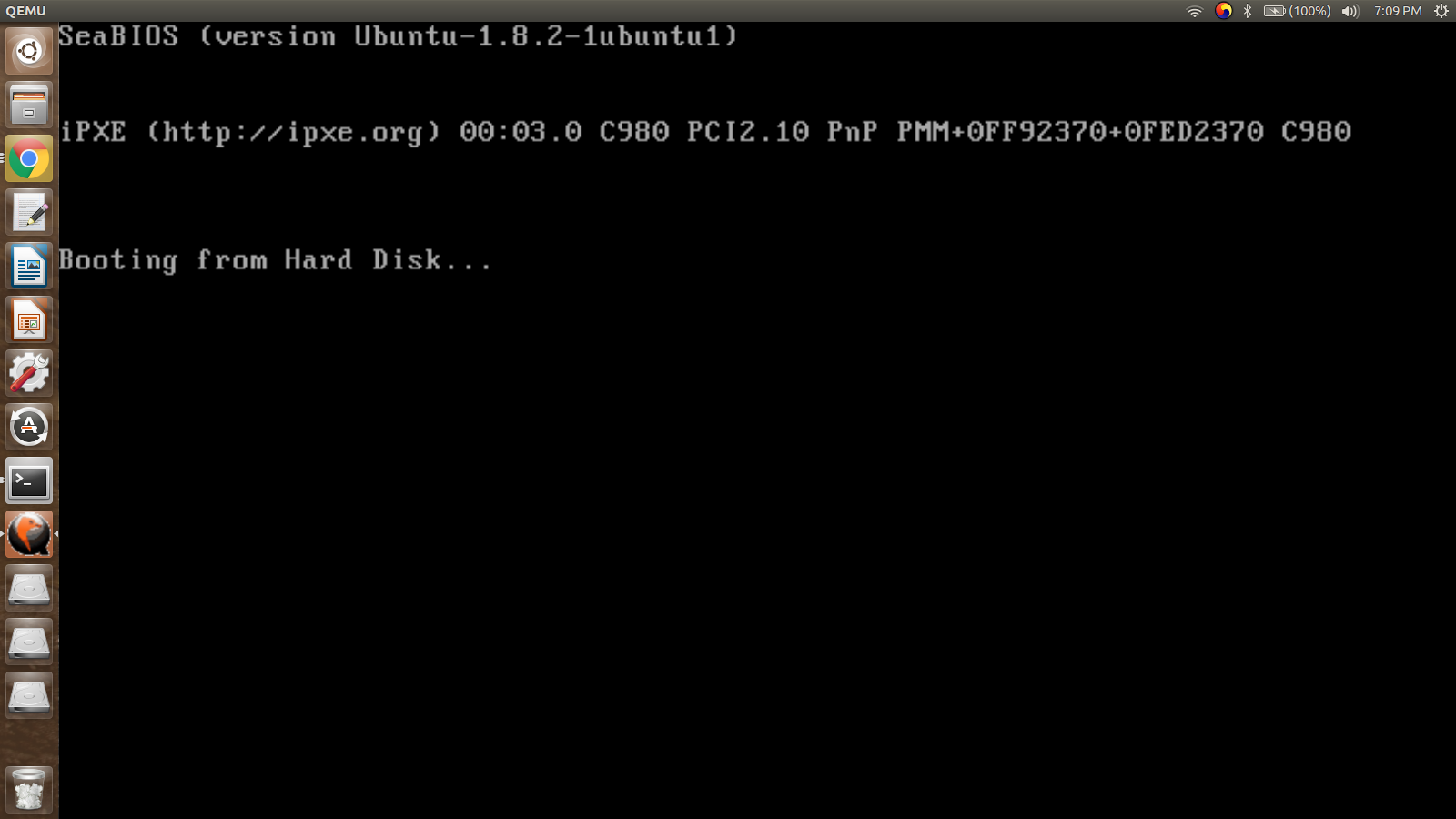 Now we can load our MBR on memory.

In the next post, we are going to make a print function because printing is the easiest way to see if the code is working well.

The Booting Process and OS